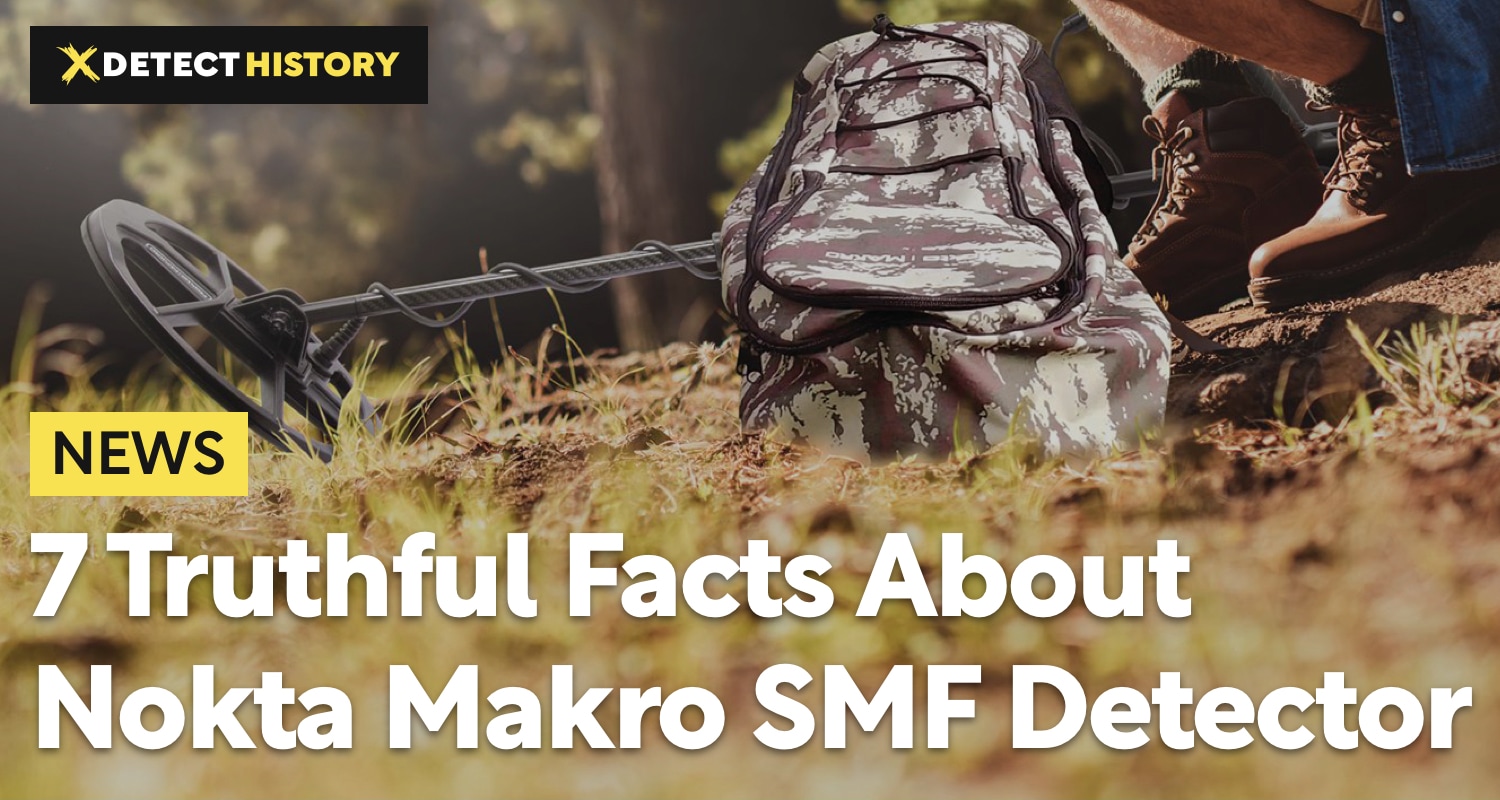 Nokta Makro company has announced that a new metal detector is expected by the end of year 2021, and a lot of speculation started to appear online. This is why Dilek Gonulay, the Director of Sales Marketing at Nokta Makro, decided to provide some facts about the expected detector, and at the same time, to dispel the myths that started to arrive online, in social media, on forums, etc.

UPD 11/19/2021: The detector has been already released. Here is the link to the Nokta Makro The Legend metal detector review.

UPD: They did it! November 19, 2021, the new SMF metal detector by Nokta Makro Detectors finally will be released! 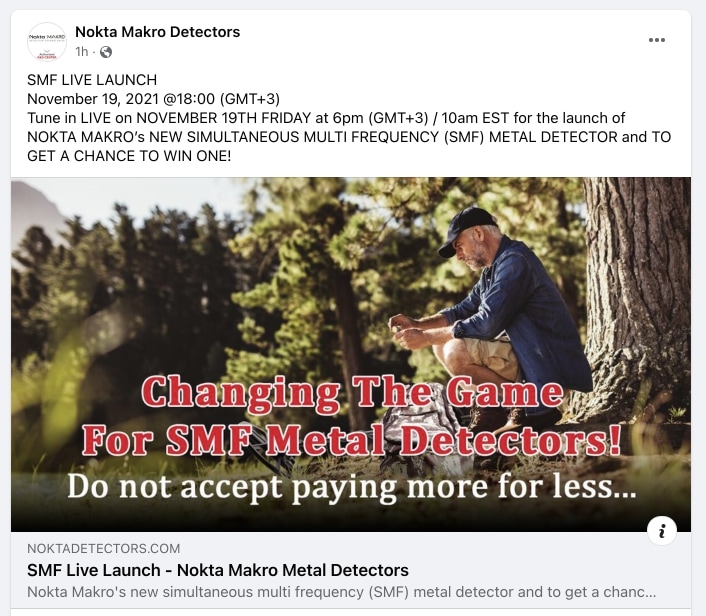 The new metal detector that will hopefully be released by the end of the year will most likely be one of the top machines in its segment, as Nokta Makro promises some cool features and at the same time, competitive price. What the new machine has to offer will be revealed only after the launch is scheduled, and meanwhile, Dilek asked all the Nokta Makro fans to check out the facts she is already able to share, and ignore the unchecked rumours.

The initial goal of Nokta Makro was to release the new metal detector in summer of 2021. However, Dilek states that after they released the actual prototype and started testing it, they found that the machine could be improved even more, made lighter, more user-friendly, and easier to use.

Dilek states that Nokta Makro is happy to see the interest of their customers to their new machine, but still, in contrast to all rumours, there is no set date for the release. Hopefully, we will all be updated on the progress in a few weeks.

#2 There Is Still No Name For It

In spite of all the rumours and myths about the new metal detector that its name will be the Nokta Makro Lightning, Nokta Makro states that the official name will only be announced after the launch, and that it is not Lightning. Nokta Makro had a contest on inventing the name for their new machine, and Dilek states that they have two winners, but the actual name is not revealed yet.

The new metal detector by Nokta Makro is a Simultaneous Multifrequency one. That means that the machine will have a range of frequencies, from low to high, but the user will not be limited to the option of choosing only one of many frequencies, and use it alone. Instead, the machine will be using all its frequencies at the same time, and will allow to choose one of the frequencies separately, too, thus making the detecting process more efficient.

Dilek Gonulay confirmed that the machine will have frequencies high enough for gold prospecting, and will have a gold search mode of some kind. But the exact range of frequencies is not revealed, partially because it has not been fully decided upon yet, and the company wants to reserve the right to change some frequencies after they get the second prototype done.

#4 It’s Not a “Multifrequency Simplex”

Some of the social media rumours about the new SMF detector by Nokta Makro claim that it will be another version of Simplex, upgraded and improved. However, Dilek suspects that when she previously said the new machine would be in Simplex housing, her words were misunderstood.

By the way, currently Nokta Makro plans to release only one version of the new machine, but there may be an option of a PRO-pack.

Since the new metal detector is expected to be of a more advanced level, the planned price will not be in the entry-level machine price. At the same time, Nokta Makro promises that the price will be competitive and not over the roof for a metal detector in this category. Dilek has particularly specified that currently, there is only one metal detector model on the market that is a direct competitor to the new Nokta Makro machine.

The standard search coil for the new detector will be an 11 inch coil, and the optional additional search coil will most probably be a small 6 inch coil.

The detector will be equipped with a lightweight and convenient carbon fiber shaft. Carbon fiber shafts are sturdy and reliable. Moreover, Dilek states that, despite how hard they searched for, Nokta Makro failed to get a big number of cases of water leakage for their Simplex machines, all over the world. The housing is so high quality that almost all cases of leakage were caused by the fact that the metal detectors were unassembled and then not assembled properly by the dealer or the seller. Therefore, we can expect the same level of quality for the new machine, too.

What Else Do We Know About the New Nokta Makro? 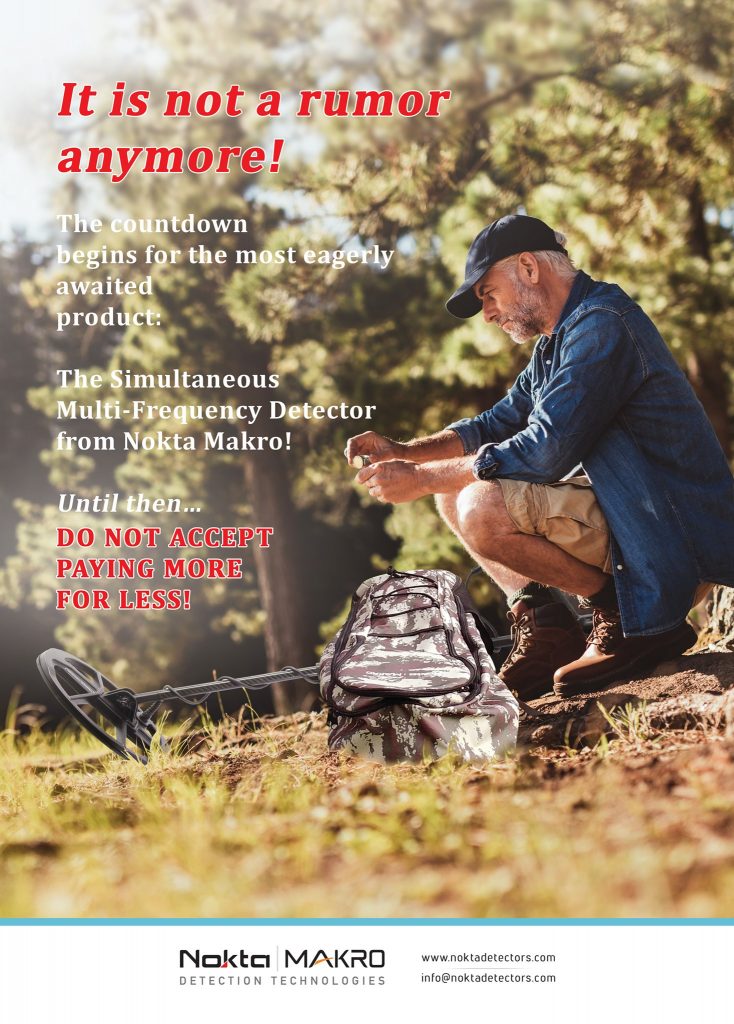 The new expected metal detector by Nokta Makro will also be equipped with rechargeable battery, flashlight, and vibration mode for more convenient search. The kit will include wireless Bluetooth headphones, and also the machine will be waterproof and fully submersible.

These are the facts we know today about the new metal detector by Nokta Makro, hopefully expected by the end of the year. The information was received firsthand, and DetectHistory is excited to find out more about the launch in a few weeks!

We also offer you to check out this interview with Dilek, where we discuss the release of the new SMF detector, as well.

Michael Moore 1 year ago
Previous Post
New 13'' Search Coil for Simplex by Nokta Makro
Next Post
XP Deus II Is Coming: What You Should Expect?