Where to Look for Spanish Fleet Wreck Treasures? 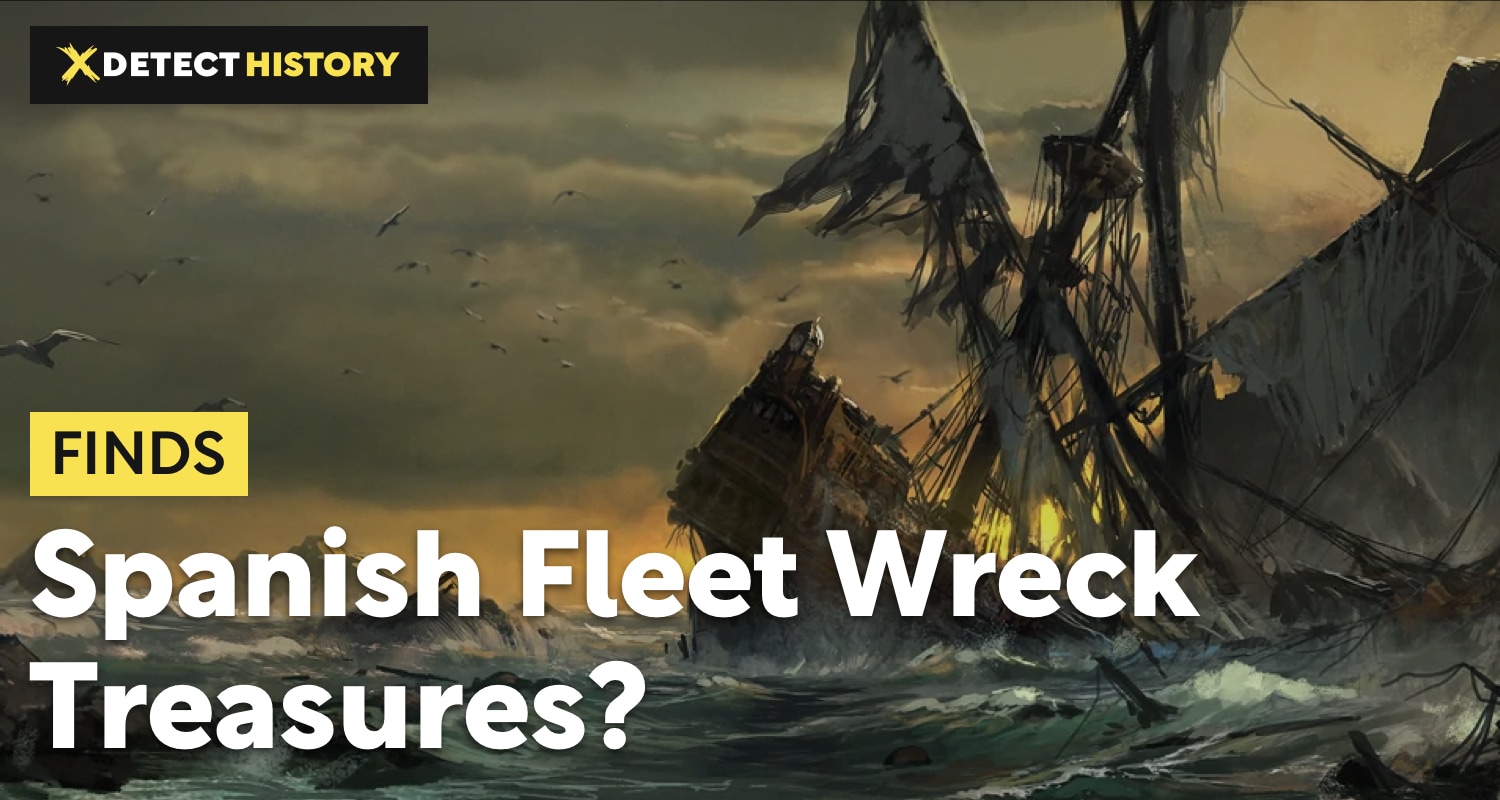 One of the reasons why the US and Canadian treasure hunters believe that Europe is a better place for treasure hunting is because in the US and Canada, there were comparatively few events and locations that would bring real cache or hoards hidden by historical characters. In Europe, especially in Great Britain, almost every second village has an ancient castle with potential treasures around it, but for the US, this is not the case.

However, there are a few places famous due to outstanding historical events that happened nearby, and make these locations probable places for unimaginable riches. Spanish fleet wrecks near the Eastern US coast are one of the cases.

When the Spanish Empire colonized lands in the Americas, it created a system of convoy fleets that not only protected its lands and ships, but also transported goods and treasures from the Americas to Spain. These ships often carried lumber, silver, gold, gems, pearls, sugar, tobacco, silk, spices, and so on. These were rich fleets, and sometimes the ships disappeared.

Despite the popular belief, most such cases were not due to the pirates, because Spanish were well-armed, but due to the storms and accidents. This was exactly the story that happened with the 17th and 18th century Spanish fleets that sailed along the coasts of what is now the US, or, to be more exact, what is now Florida.

These two events of fleets lost to hurricanes were documented in historical papers, but of course no one knew the place exactly. Many modern treasure hunters tried to find the wrecks. However, only a few ships were recovered, and the riches found on them were incredible.

Of course you can forget about silks and spices, but gold and silver and gems remained. US treasure hunter Mel Fisher managed to discover the Nuestra Senora de Atocha galleon; the treasures retrieved from it included gold rings and crucifixes with gems, and all kinds of items made of gold and silver, because Spanish used these metals often for making things of luxury. One of the most outstanding and well-known treasures retrieved from one of the wrecked Spanish ships was a big golden chalice.

Another treasure hunter managed to spot a treasure probably brought by the waves from one of the wrecked Spanish ships, as well. Gary Drayton, a metal detectorist and blogger, was detecting along the beach on the Treasure Coast of Florida, and found a beautiful huge golden ring with gems just out of the hole in the sand, without even getting into the water. The ring turned out to be a 22.5 carat inca gold with 9 emeralds.

Are the Treasures Reachable?

Indeed, many treasure hunters are passionate about the hoards in general, and about those poor Spanish ships in particular. On the one hand, it must be admitted that finding such an ancient shipwreck is extremely hard, because after all these years, the wreck can be anywhere, buried in sand and clay and seaweed. Moreover, to retrieve treasures from it, one needs a professional team, tons of specialized expensive high quality equipment, and lots of skills and experience. Even simply diving and swimming around the wreck can be dangerous.

On the other hand, as Gary Drayton underlined, you never know where you find stuff. Some people do tons of research and fail to find much, while others just use the opportunities and listen to their gut feeling. Maybe one day you just come to the Treasure Coast Florida beach, dig a hole in the sand and pull out a treasure!