How To Find Civil War Battlefields and Historical Sites 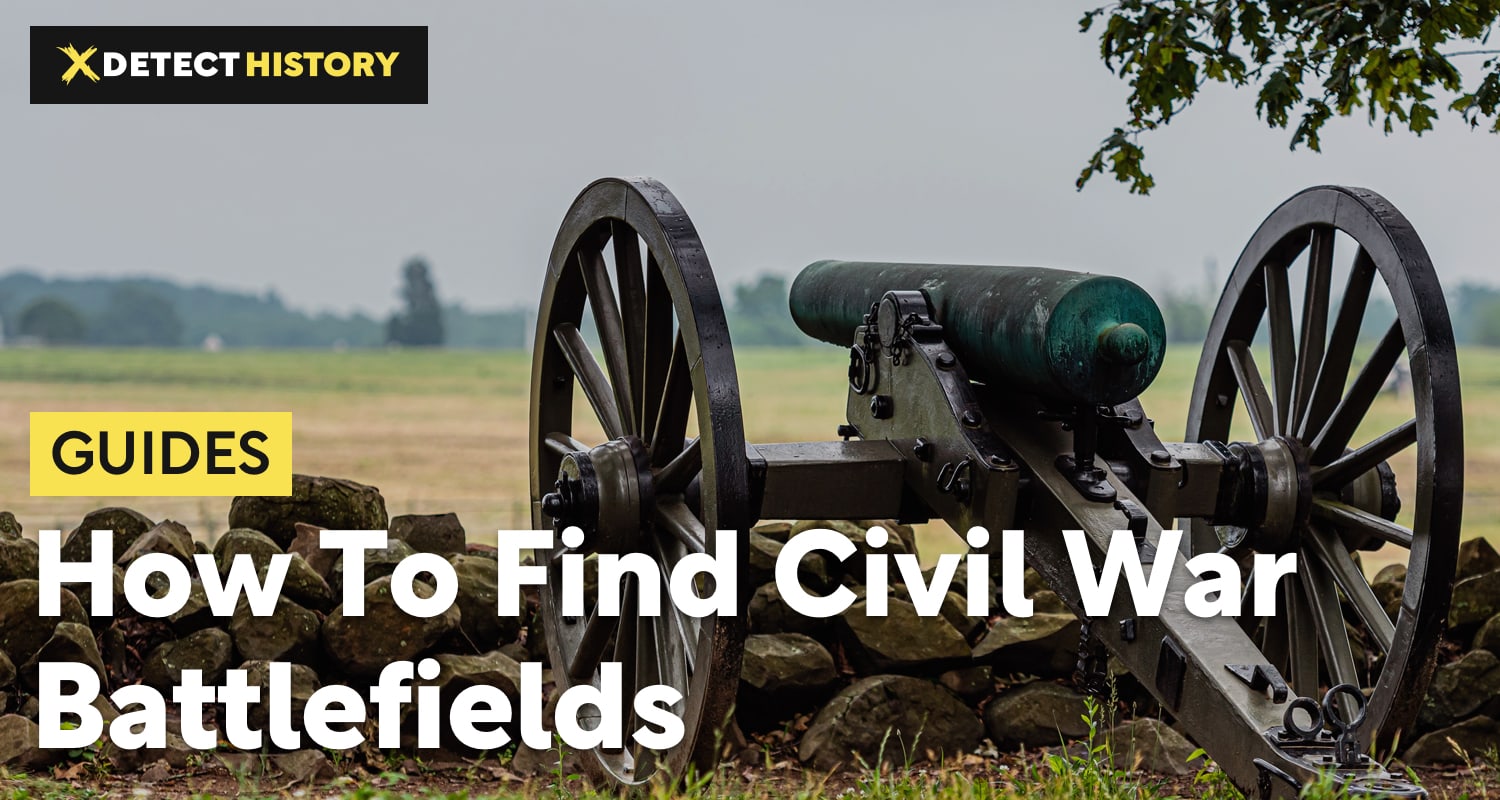 Civil War is one of the main historical events in the US that sparks interest in most metal detectorists and treasure hunters. This is comparatively recent history – definitely more recent than a Viking raid to the Eastern coast of the US and Canada in the early Middle Ages – and many interesting finds can be spotted around historical sites even today. However, the main complication is that researching for potentially fruitful locations is a hard task. The good news, however, is that the locations are plenty, and even on some searched-out sites, new visitors can be lucky enough to spot something others have failed to notice.

Where To Research For Data

Before you start wasting your time of thorough research of locations, go and double-check already known battlefields and other places. Do not let the fact that other treasure hunters have been there intimidate you. Everything changes, and if you are careful enough, and also have one of the best metal detectors for relics hunting, you can still find something interesting.

If you have already checked all known places, time to move to unknown places. First and foremost, identify places around military camps, including small villages and towns. These locations have probably been in close relation to military camps. You can visit local and national museums dedicated to the Civil War, look at the maps, but also pay attention to where different artifacts were found. You can take a notice of a few spots that do not fit into the conventional Civil War maps, and go check them on your own.

Another way to learn things other don’t know is to contact the official archives and ask for access to maps and documents on the Civil War, including those years and even decades after the war ended. There may be important mentions about battlefields, burial grounds, military camps that turned into towns, etc. You may also be interested in the names of rich businessmen, farmers, and politicians of the time, and go searching around their farms (mind private property!).

In the majority of cases, metal detecting in any park or location that is claimed as a Memorial, a Historical Site, or an archaeological ground, is illegal and even a license is not an excuse for treasure hunting in these places. You may give it a try and ask for a permit, but the chances are low. On the other hand, metal detecting in general is allowed in public places in most states, so even if you find a significant Civil War relic, it is okay.

What Finds to Expect

Civil war artifacts are plenty and extremely various, so if you are generally passionate about this historical period, you won’t be disappointed. However, some of the most valuable items you can spot include pieces of uniforms like buttons, buckles, and belt plates, pieces of equipment, rifle and pistol bullets, bayonets, etc. Lots of household stuff used in camps can also be spotted.

Some finds can potentially be dangerous, like bullets and cartridges filled with gunpowder. You can actually also find more recent munitions buried underground when seeking Civil War artifacts. Be careful and report such cases immediately.

What To Do With the Finds?

If your finds do not resemble live munitions, you only need to report them in case you metal detect on private property. If you search on public lands, finders keepers rule works at all times for Civil War artifacts, unless the item can be classified as treasure in your state. If the item is classified as treasure, you need to report it to the police, or relevant authority in your state, and most likely you will be offered a reward for handling the treasure to the state. If the item is not a treasure, you can keep it for your own collection. If the item is valuable, you can sell it to a local museum – in case they are interested – or sell it to a private collector.

Just to give you a rough idea of where to start searching for outstanding Civil War locations, check out the list of the five significant locations associated with this historical period.

This military park is the memorial ground for Shiloh and Corinth battlefields. Nearly 24,000 soldiers were killed or went missing after the battle of Shiloh. The park offers several important locations, including National Cemetery.

The city of Richmond served as the capital of the Confederate States of America during the war. So, the city itself and many locations around the city are important historical sites, including Fort Harrison and Tredegar Iron Works.

Virginia being one of the states that played a major role in the Civil War, today it has numerous military parks and historical locations that serve as memorials. Fredericksburg and Spotsylvania National Military Park preserve four battlefields, being the second largest military park not only in the US, but in the world.

The place of the bloodiest battle during the whole Civil War, Gettysburg saw up to 51,000 lives lost in 1863. This is why Gettysburg is one of the must-visit places for all history buffs.

Fort Sumter is claimed to be the place where the Civil War actually began. This place bears more historical significance than many artifacts. However, this is a popular place that offers lots of interesting information to learn.

Michael Moore 10 months ago
Previous Post
What Are Hot Rocks and Why Metal Detectors Find Them?
Next Post
What is Recovery Speed and How It Works

«Digging only clear valuable metal signals saves time and effort, but decreases the number of good finds by 2-3 times »