What Are Hot Rocks and Why Metal Detectors Find Them? 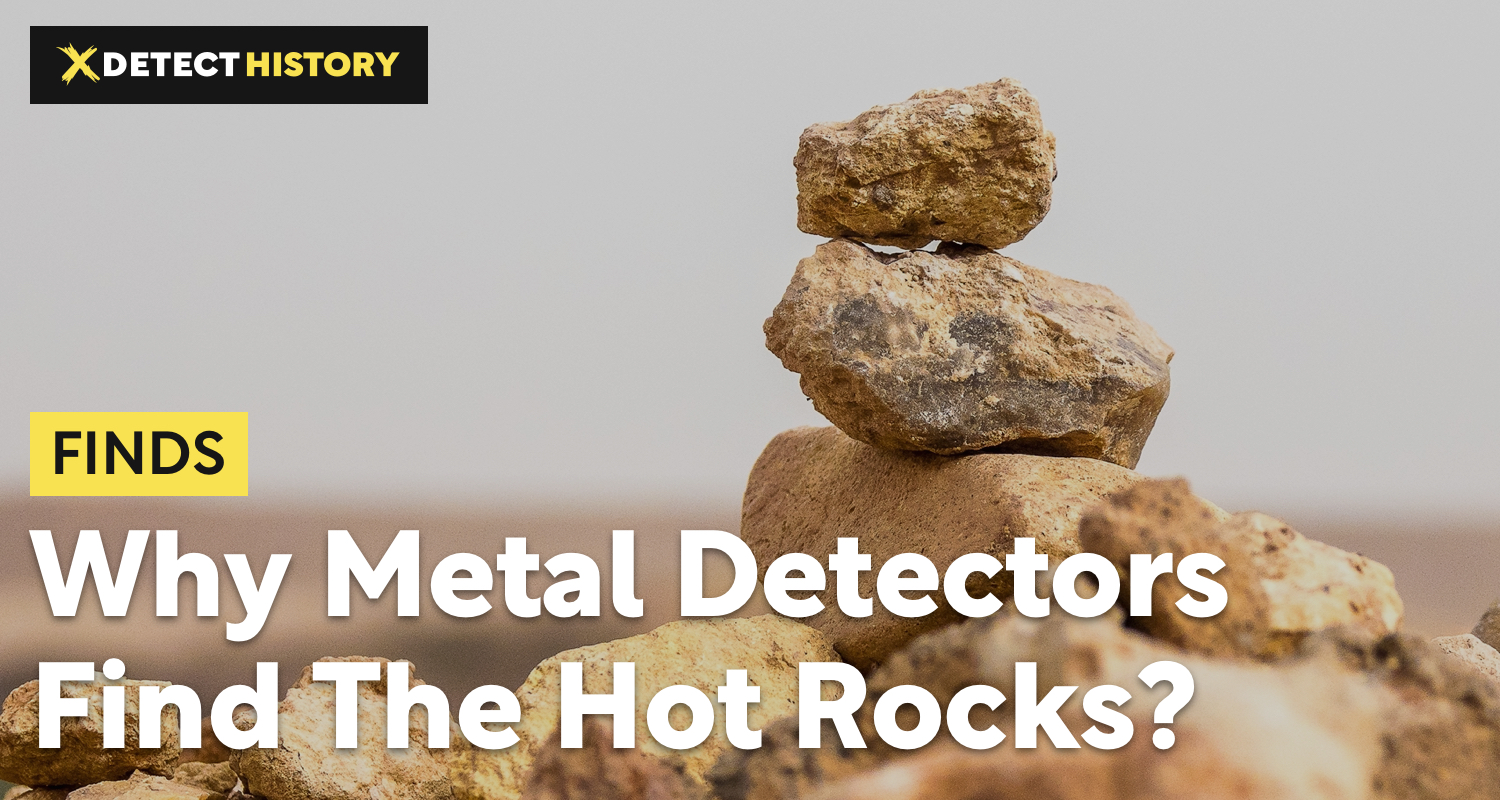 Hot rocks are rocks that contain different amounts of minerals, but the main point is that these rocks are either higher or lower mineralized than the rest of the soils around them. As a result, hot rocks interfere with the homogeneous response of the soils to the electromagnetic field created by the metal detector, reacting to it in a different way. This different reaction on the background of a more homogenous response often looks like a potential find to a metal detector, and the machine starts giving false signals, making the detectorist to dig out stones.

Hot rocks are usually referred to as a trouble during hot rocks metal detecting activity, and to deal with them, additional features in a metal detector are required. However, the good news about hot rocks is that valuable finds are not infrequent in soils with hot rocks. Check out this post to find out more.

The percent of minerals and the chemical composition of the hot rocks differs, but due to a clear difference in mineralization of the rocks and soils around them, most metal detectors will spor the “untypical” rock. There are two main metal detecting types of hot rocks, called hot rocks and cold rocks.

Negative hot rocks are also often referred to as cold rocks. Negative hot rocks contain more nonconductive materials in them. They usually contain lots of Iron Oxide Fe3O4 which makes them very nonconductive, and this lack of conductivity glares against the background of more conductive soils when hit by the electromagnetic field created by the metal detector. Many cold rocks can be found in areas where black sand is typical; both black sand and cold rocks contain lots of Iron Oxide which makes them black in color.

Most cold rocks are small in size, at least those closer to the surface. Bigger rocks are deeper, and usually create more problems when causing false response in the metal detector. Some meteorites are also rich in Iron Oxide Fe3O4.

However, other rocks can also act as positive hot rocks if they contain no iron, but feature such metals as copper, aluminum, gold, or nickel. This is a tricky task to tell a potentially valuable non-ferrous positive hot rock from non-valuable. Many positive hot rocks sound as valuable targets when metal detecting hot rocks, and even smaller samples are well-detected on some impressive depth.

How To Neutralize Hot Rocks Interference

There are different methods to understand that the signal is given by a negative or positive hot rock, and to neutralize the interference created by hot rocks when metal detecting. The exact scheme of actions depends on the signals given by the metal detector is every specific case, on the metal detector used, and on the detectorist’s experience. However, here are some generalized tips to avoid false signals from hot rocks:

Valuables That Can Be Found on Hot Rocks

Both positive and negative hot rocks are seen as difficult by most metal detectorists, because these rocks create electromagnetic interference and prevent productive search. While hot rocks can be found in many places, and those looking for coins, relics, or specific objects will be annoyed by them, gold prospectors, meteorite hunters and gemstone hunters love hot rocks.

The point is, negative hot rocks and black sands are typical for gold-bearing regions. Such soils are rich in Iron Oxide and gold is often found nearby. Gemstones and semi-precious stones deposits are also typical for such areas. Non-ferrous hot rocks, on the other hand, can themselves be valuable, containing copper or gold. Moreover, meteorites are also hot rocks; if you spot one, it can cost more than gold, so you can make some money selling hot rocks metal detecting.

What is Hot Rocks Metal Detecting?

Michael Moore 2 years ago
Previous Post
How To Check If Your Find Is a Meteorite, and How Much Can It Cost?
Next Post
How To Find Civil War Battlefields and Historical Sites