The Disappearing Targets and Much More 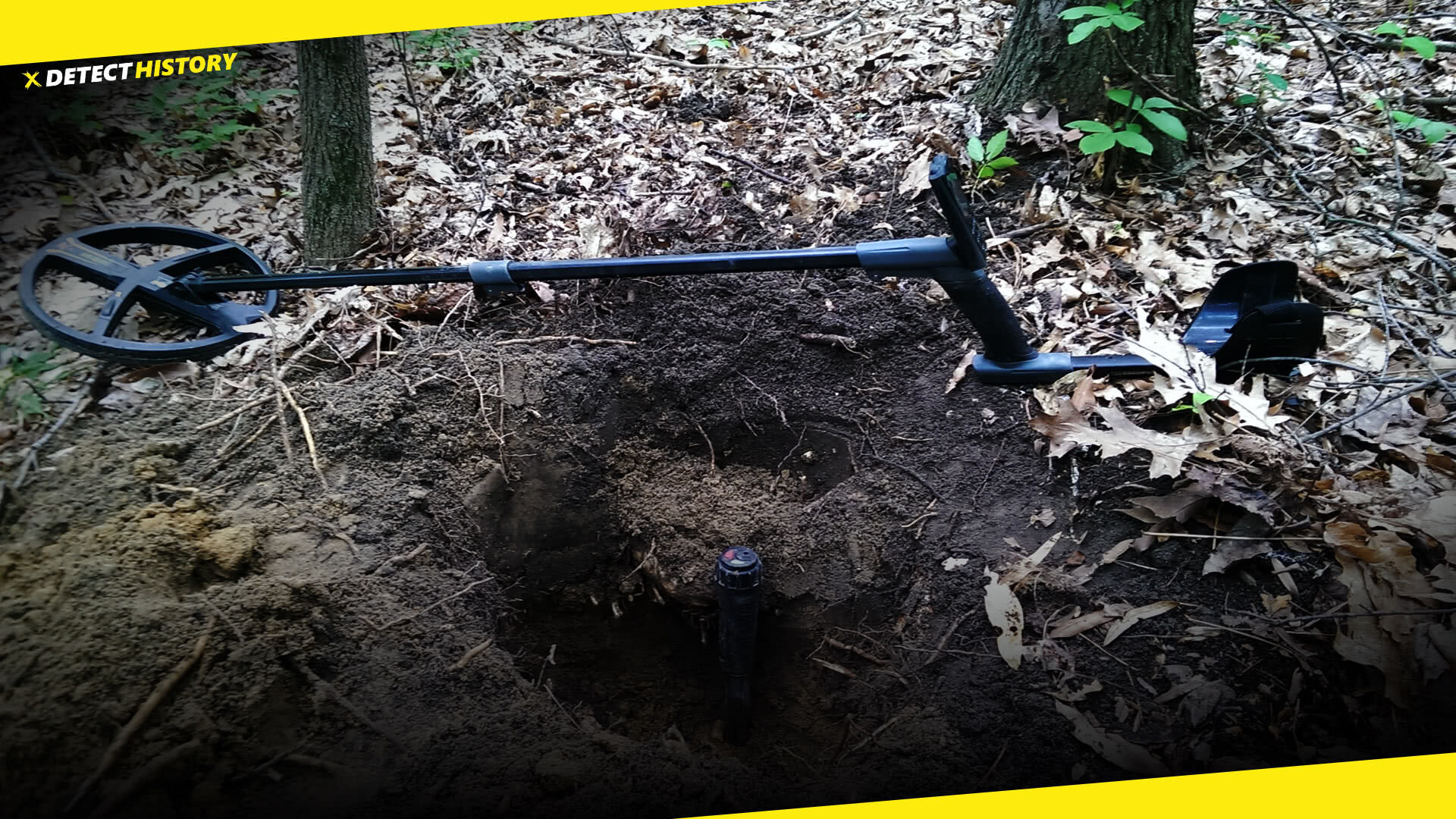 Sometimes, after I start digging a target, it seems to disappear. This used to happen a lot because I was not good enough at telling good target from bad. When the useless target was brought to the surface, the detector would then be able to detect it better and give a null sound, whereas it sounded ok to me when it had been underground. This does not happen anymore because I practice a lot.

When it does happen now, though, it is usually because the target was tilted when I pulled it out of the ground, and now has a very little surface area exposed to the detector’s field of influence as it waits in the pile of dirt next to the hole. This is usually fixed by spreading the dirt pile with my foot. It will flatten the target, usually a coin or coin-like object, and I can get a good clear signal from it,

The only OTHER reason why this happens again is if I strike the target with the shovel. This will sometimes tilt the object in the hole, and make it seem as if it disappeared.

Just about every fort site I have hunted on here in America has been worked over by the detectorists of the 1970’s, and even earlier. This caused me to range out from the fort sites, and I learned that all fort sites had auxiliary posts within a mile of their walls, usually within a few hundred yards. Whether they were lookout posts, storages, or whatever else, they are there and many are still undiscovered. The old roads themselves can sometimes be followed, once the detector puts you on the trail, where the damage was only caused by some horses and wagons. Finally, almost all military operations cached weaponry and other things in case of attack. Occasionally the caches went unrecovered. These military caches would amount to a gold mine today. There are many records made of such occurrences.

When I am hunting on a large area, I am basically trying to narrow down the possibilities and find the BEST area. This usually happens, too. There are always areas of higher concentration at any metal detecting site, and some are quite surprising, for example, with a pile of small coins in the dirt, leaving you wondering – what the heck had happened on this place? Follow this rule: if there is one coin, there are probably some more around. Once the BEST area is found, then more thorough hunting is in order. Many times I only begin to find the good stuff when a lot of the shallow targets have been removed.

There is a certain point of goodness about some metal detecting sites which will make me automatically go from digging just non-ferrous targets to digging everything. This type of sites is definitely not among the majority, and you have to be lucky. The one thing you will find out when you start digging every signal is that there is a lot of cool iron stuff still left in the ground.