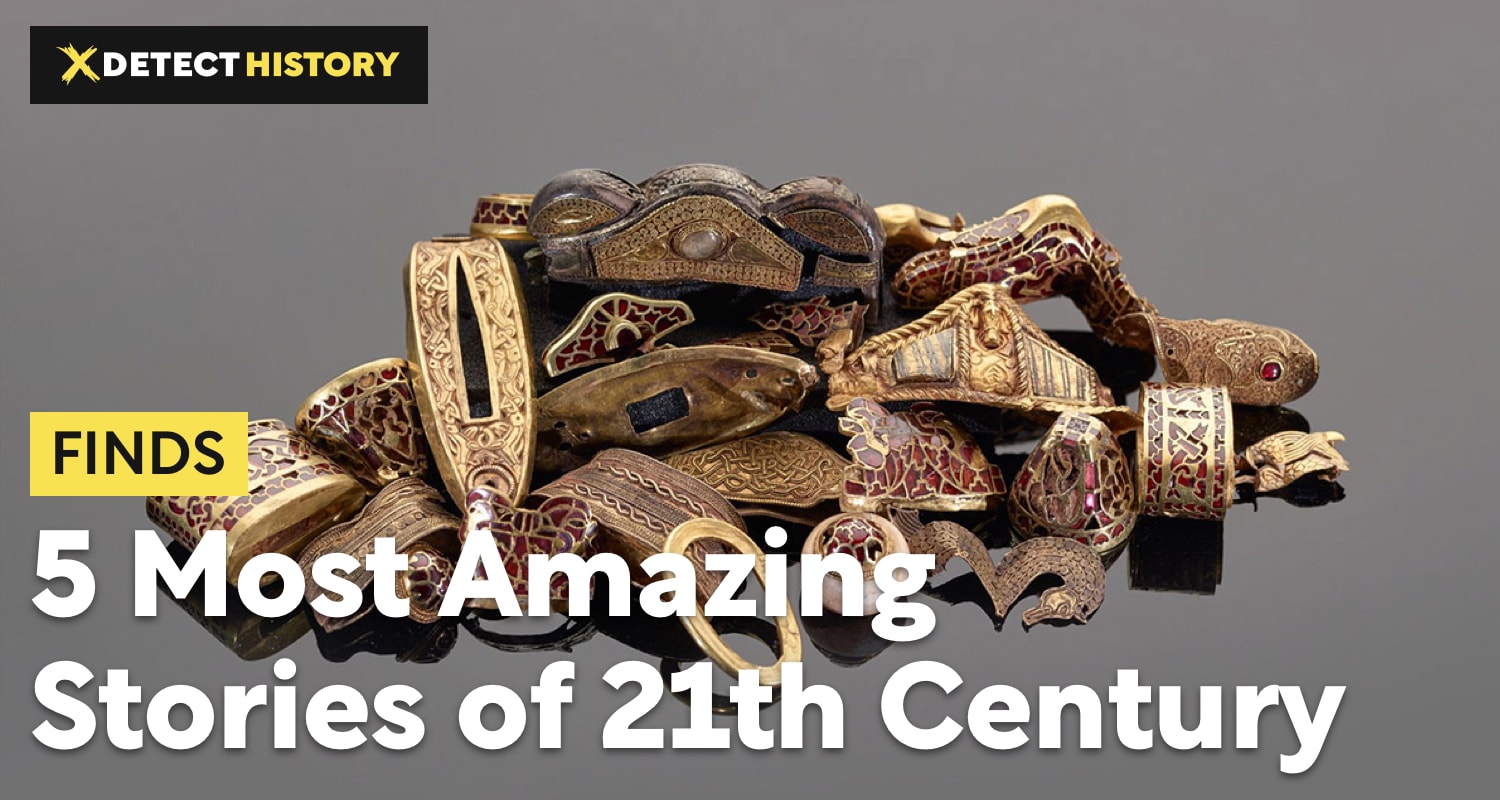 Metal detecting hobby gains more and more popularity every year, and not only due to people being interested in history, or archaeology, or due to people wanting to find modern jewelry on the beaches. In fact, many detectorists are inspired by incredible stories of unimaginable treasures and other unique finds all.

If you think that all of the famous finds were discovered in the past, and the world has nothing more to offer to aspiring detectorists these days, nothing can be farther from truth. In reality, incredible finds happen every year, in different parts of the world, and mind yourself, not always these finds are made by super experienced metal detectorists being 20+ years into the hobby. In fact, 21st century has already seen a bunch of impressive finds, from gold and silver hoards, to unique historical finds, and more. If you want some inspiration, check out the top most amazing metal detecting finds of the recent years. 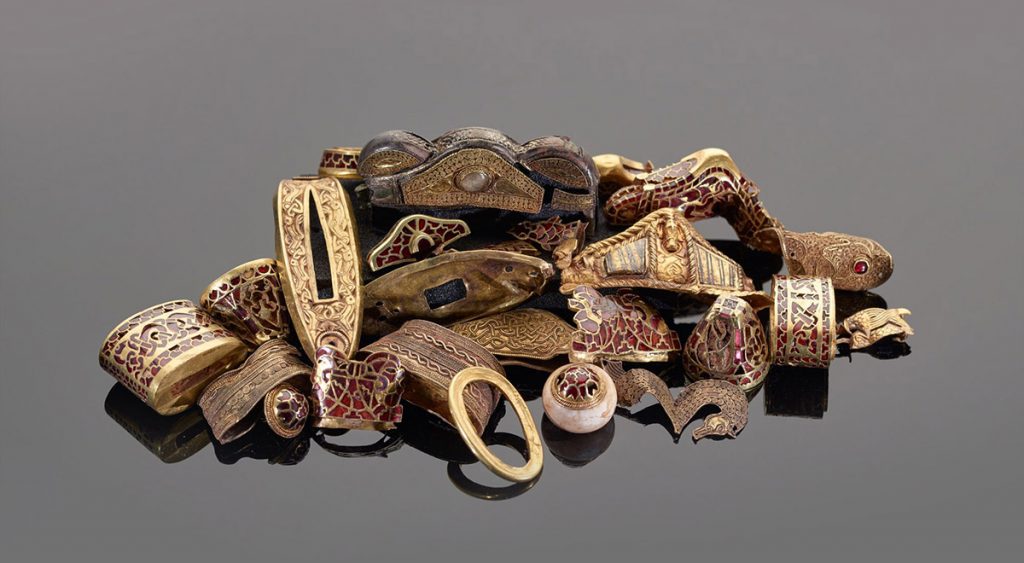 This is one of those amazing metal detecting stories one can read about. Terry Herbert was metal detecting in 2009 in Staffordshire, and spotted one of the biggest Anglo-Saxon hoards imaginable. Terry has immediately claimed the luckiest British detectorist, because the hoard was valued at £3.28 million. The hoard included up to four thousand artifacts made of gold and silver.

The items of the hoard are dated 6th and 7th century AD, however, despite being made so early in our era, the artifacts are extremely elegant and beautifully made, decorated with both Christian and pagan symbolism, and complex geometric patterns. The items, besides jewelry, included helmets and helmet pieces, decorative elements of weapons and horse harnesses, crosses, buttons, etc. 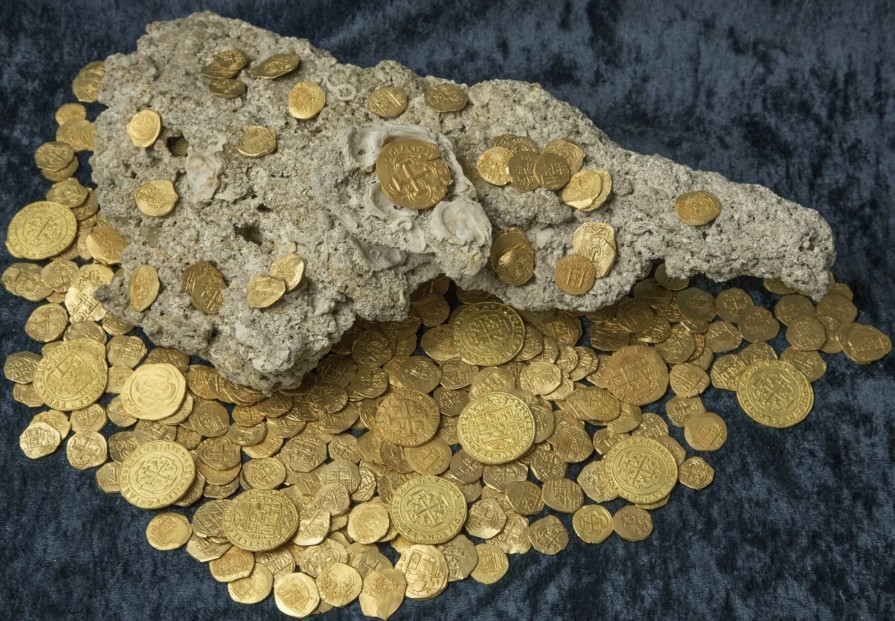 In 2015, diver William Bartlett was working with a team of treasure hunters along the coasts of Florida. Soon, they found a shipwreck from 1715, and the sheep seemed to be part of the old Spanish fleet. William Bartlett stumbled across a hoard in the haul, including 350 gold coins. Some of the coins were rare examples of ancient coins.

Interestingly, after spending 300 years underwater, in salt water, many coins were in close to perfect condition. The whole find was valued at $4.5 million. The divers and metal detectorists worked over the shipwreck for several days, retrieving the coins from the old ship. Later, they found out that the ship was one of the eleven ships heading from Spain to Cuba, when they were stopped and eventually destroyed by the 1715 hurricane. Around 1,000 people were killed on these ships. 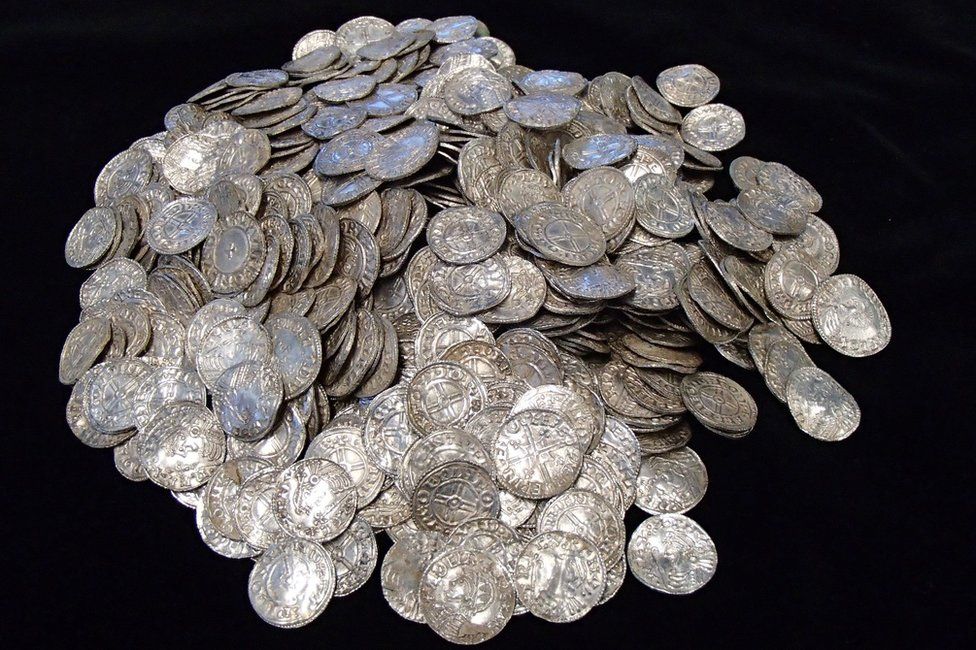 Paul Coleman likes to tell this story, one about those metal detector finds that seem almost incredible. Paul Coleman was a member of his local metal detecting club for years, and in winter 2015, he was not particularly happy about joining another trip by his club. However, he eventually changed his mind. During his search session, Paul discovered a lead basket, full of silver coins. This was an Anglo-Saxon hoard, with more than 5,000 coins in that basket. The find was located in the Lenborough village, and estimated at a whopping £1.35 million.

The coins discovered in the hoard were really ancient, featuring heads of such kinds as Ethelred the Unready, King Canute, and others. The British Museum had to ask for additional grants to be able to buy the whole hoard for display. The museum scientists hope that these coins would shed additional light on British trade and economics of the time. 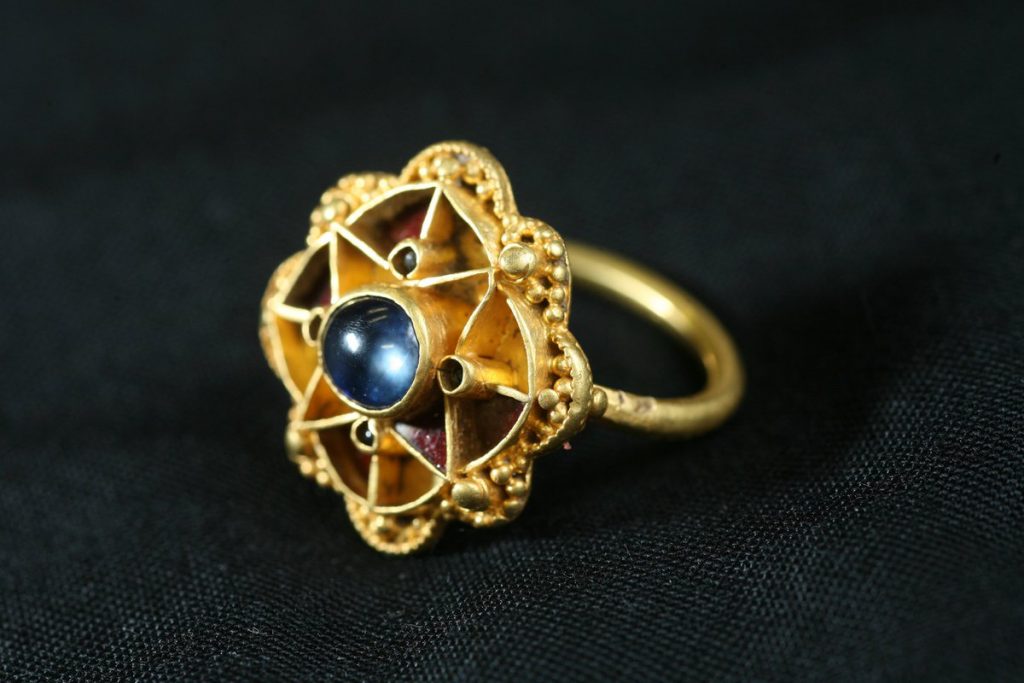 In 2009, Michael Greenhorn was metal detecting near York, in Escrick, and made one of the most interesting and valuable finds in the treasure hunting history. He uncovered a gold ring with a sapphire, decorated with glass. According to museum data, it was the second such sapphire even discovered in the country. Another example is a 5th century Roman jewelry piece.

Most probably, judging from the size and materials, the ring belonged to a wealthy person in early Medieval times. Besides having an expensive sapphire, this ring is one of the earliest examples of using sapphires at all in jewelry. Another interesting feature is that the decoration and style of the ring does not allow to place it anywhere in a clear historical context, so the origin of the ring remains mostly unclear. It was obviously made by a skillful craftsman, but who made it and who owned it is not known.

The ring is now displayed in York Museum, which had to raise £35,000 in grants to buy it. 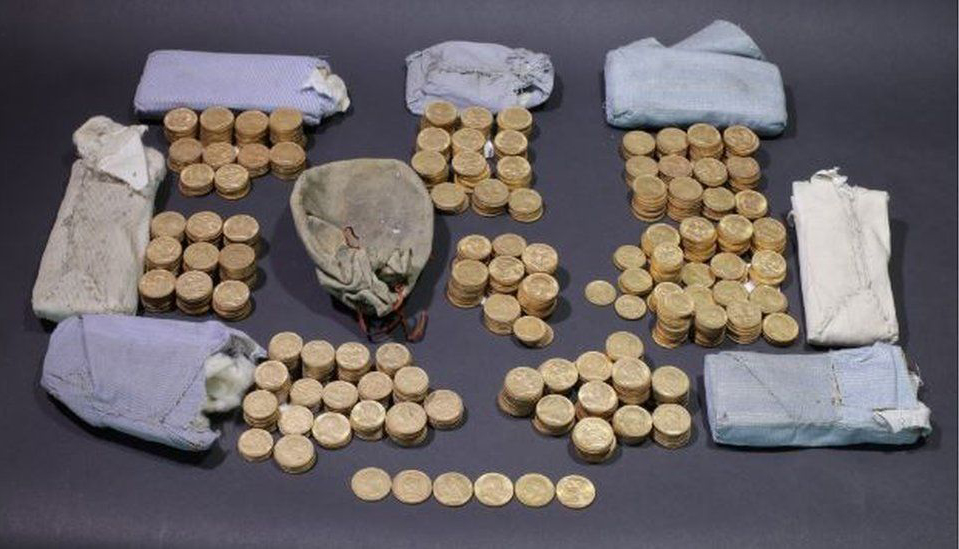 This incredible treasure was discovered not by a treasure hunter or a metal detectorist, but by a 61-year-old piano tuner. New owners of an old piano – school administration in Shropshire school – requested cleaning and tuning of the instrument. Martin Blackhouse was cleaning the piano, and when he started to clean the keyboard, he discovered 913 coins dated 19th century. The coins were stashed under the keyboard.

The Coroner’s Court claimed that the find should be categorized as treasure, and therefore it belongs to the Crown. It was offered for sale to national museums, while the school and Martin Blackhouse will share the reward for the treasure. It is also known that the piano was previously owned for decades by one couple, but according to the las, they are not eligible for the reward.