Garret Has Purchased Whites: What’s Next? 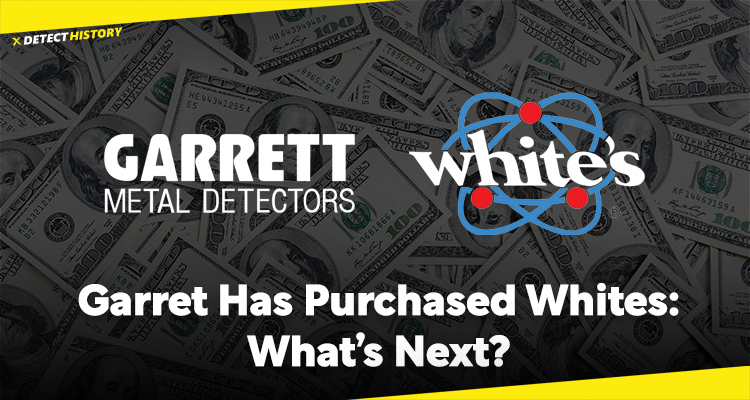 In October 2020, Garrett announced that they have reached the final agreement on purchasing the Whites Electronic company. This seems to be the end of the Whites, another legendary company that was really competitive during all these years. Garrett and Whites both started roughly at the same time, in the middle of the 20th century, together with healthy several dozens of other competitors. Few survived till these days, though, and eventually, one big family has purchased another family’s company.

Garrett has made an official announcement and underlined that both leaders of the niche confirm deep respect and pride of being part of each other’s history and competition in the niche. Now, Whites legacy and innovations will be added to Garrett’s and will continue the tradition of high quality metal detecting.

Little will change for users who already have detectors by Whites; the only probable inconvenience they are likely to face is paid warranties. However, it is not the users who will feel the primary change, but the industry. The point is that Whites held a healthy bunch of various patents for innovations and technical aspects of metal detectors manufacturing. It is safe to say that almost every manufacturer today uses some of the technologies founded a while ago by Whites.

This is the reason why Garrett decided to purchase White’s brand, technology, and patents. Now, they will be able to make a qualitative leap in their manufacturing and get a competitive advantage on the market.

By the way, not only Garrett has benefited from Whites. Nokta Makro and Minelab have bought some technologies, too. So, it seems to be the end of Whites story, but the beginning of a new episode in metal detectors making.

«Low battery charge can decrease the depth of reach, and the accuracy of detecting »